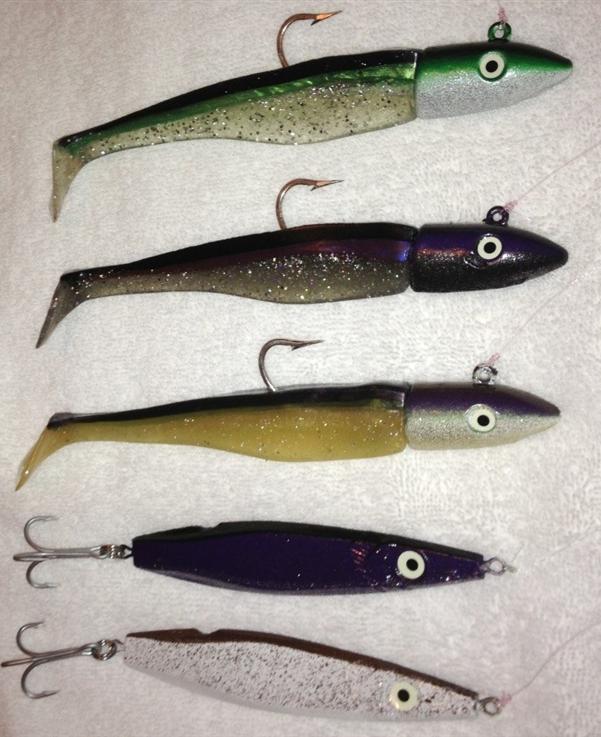 I can clearly remember the events that led to my experimentation with swimbaits and flutter jigs and the development of the techniques we use so effectively today in the waters of Bahia San Quintin, Baja Mexico.  In February of 2010, Baja Norte was hit by heavy rainstorms that washed out bridges along Mexico 1 and transformed the landscape into lush, green carpets of vegetation. The flood of fresh water surged along the creeks and arroyos and poured into Bahia San Quintin causing the salinity levels in the bay to plunge. The bay was soon littered with dead rays, halibut, and bait along with any other sea creature unable to escape the flow of poisonous fresh water. Prior to this event, making bait in the bay was a morning ritual of every day of every trip in preparation for fishing the local high spots for ling cod and yellowtail and for drifting the bay for halibut. It usually took less than half an hour to fill the bait tank with lively mackerel and the occasional sardine but with this event bait was suddenly unobtainable in the bay and it was several years before the bait became readily available again.  It would certainly be wrong to conclude that the subsequent years' lack of bait in the bay is due to this event; several years of cold inshore water patterns, La Nina,  was the culprit.  This event, however, was the trigger that caused me to look for alternatives to live bait and the beginning of  BadDonkey Jigs and Mulitas.